Finding a Job After 50: What to Do When You're Laid Off Skip to content

Finding a New Job After 50

Getting laid off is traumatic, but at least I got the bad news in a fitting place. I was in a doctor’s office when my cellphone rang.

It was my boss, and he sounded strangely robotic.

“I have to inform you we are reorganizing,” he said. “Your job is being terminated.”

I could tell he was reading some legalese script prepared by the Human Resources Department. He rattled on for another minute or so, then the doctor came in.

“Can you prescribe a new career?” I joked.

If only it were that easy. After 30 years in the media business, I was suddenly unemployed. What’s worse, I was 53 years old.

As far as employers are concerned, I might as well have been 153 and have a case of leprosy. As I sat there in a semi-daze, I had no idea what laid ahead.

Like a lot of people, I figured I’d just cruise through my working 50s and ease into retirement sometime in my 60s. Suddenly, a gloomy, mysterious future flashed my eyes.

Who can I call? … Will all my experience help or hurt my job prospects? … Should I get a facelift? … Am I destined to become a Walmart greeter?

Can anyone find a decent job after 50?

How to Get a Good Job After 50

I was clueless to the realities that were about to hit me in the face. I didn’t know that 56% of workers 50 and older get laid off or leave work involuntarily. That’s according to a study by ProPublica and the Urban Institute, which analyzed data from the Health Retirement Study. It gathered information on 20,000 people in the 50-plus age group.

“For the majority of older Americans, working after 50 is considerably riskier and more turbulent than we previously thought,” Urban Institute economist Richard Johnson told ProPublica.

Don’t just take his word for it. Take Madonna’s.

“I’m being punished for turning 60,” she told Vogue.

Apparently, the music industry hasn’t been as receptive to the Material Girl’s work now that she’s a Golden Girl. Unlike Madonna, however, most of us don’t have $600 million in the bank to fall back on.

It’s one thing to lose your job in your 20s or 30s. You panic at the thought of not being able to put food on the table for your family.

In your 50s, a lot of people are still feeding their kids, but they’re also starting to take care of their parents, many of whom haven’t saved enough for retirement.

It’s called the “sandwich generation,” and not just because you might be eating a lot of bologna sandwiches to help make ends meet.

The median household income for people over 50 fell 42% after getting laid off, according to the HRS study. Only one of 10 people ever earns as much as they did before getting kicked to the curb.

But if you’re facing that misery, you have plenty of company. About 40 million Americans over 50 are working. The HRS study concluded that 22 million will get laid off, be forced to retire or have some other involuntary job separation.

Look in the mirror. If you have five decades worth of wrinkles, it means you are probably making more money than people in their 20s and 30s.

If you’re in your 50s, you’re probably too young and insolvent to retire, which means you’ll face a job market that prefers youth over experience.

But those figures reflect people who’d sought work in the previous 30 days. It didn’t count the “hidden unemployed,” people who want to work but have given up looking, or are involuntarily working part-time.

If you include those variables, the unemployment rate for people 55 and older is closer to 9%, according to The New School’s Schatz Center for Economic Policy.

It’s enough to make a freshly-laid off geezer need a doctor.

Jobs for People Over 50

There always will be a job for people willing to work. “Willing” for people over 50 usually means they’ll accept less money and less prestige, but it doesn’t necessarily banish them to flipping burgers at McDonald’s.

AARP commissioned a job study titled “Building New Careers: Identifying Shortage Occupations and the Skills 50+ Workers Will Need, 2017-2020.” It found the highest demand is in Health Diagnosing and Treating Practitioners, which are occupations like doctors, dentists and surgeons.

But seriously, what 50-year-old is going to go the medical school, do an internship and become a doctor?

If you are drawn to the medical field, a more realistic idea possibility is the No. 6 group on the list – Health Technologists and Technicians, which are jobs like dental hygienist, radiology technician and paramedic.

Jobs for People Over 50 Without a Degree

If you don’t have a college degree, the No. 2 group on the AARP list has the most potential. It’s Sales Representative. The training period is relatively brief and if you’re good at it, there is good money in it.

Another group making the AARP list was Motor Vehicle Operators (taxi, bus, ambulance drivers). Among the many other options that might suit your interests:

Sample Resumes for People Over 50

There are two standard resume formats – chronological and functional. The first contains an objective and perhaps a career summary followed by a chronological listing of all your employers. Educational information, certifications and other special skills are noted below that.

A functional resume starts with a statement highlighting your abilities and how they helped you succeed in your career. Then you summarize that work history with a chronological list of employers.

If you’re over 50, you want to stress your accomplishments over your age, so a functional resume might be your best option. And you don’t have to go further back than 15 or 20 years in listing employers.

Potential employers aren’t allowed to ask your age, but trying to hide it is a good way not to get a job. If you just play up your skills and the past 10 or 12 years of employment, it might help you get an interview. But when prospective employers expect a 30-something to walk through the door and a 50-plus ambles in, they will feel duped.

If you’re applying for a job that is in a new field, go with the functional resume. Play up the skills you think will translate well into another occupation. Showcase those attributes and show how you grew professionally over the years.

Make it obvious that while you may be an older dog, you know the newer tricks that businesses now run on.

There might be a presumption you are not tech-savvy, so list skills and programs you’ve learned, like Excel or Visio. If you don’t have any such skills, it doesn’t take long to learn them well enough to put on a resume.

In your summary, address the elephant in the room. Stress that you don’t expect to be treated any differently than any other employee, and that you can see yourself excelling in the job for another decade or so.

Most employees don’t last 10 years regardless of their age, so a 50-plus with maturity and experience should have more to offer than a 25-year-old who doesn’t appreciate the true value of a job.

The best way to acquire that is to lose your job when you’re over 50. Believe me, it’s a jolt. But with the right attitude and proper planning, you won’t need a doctor to survive. 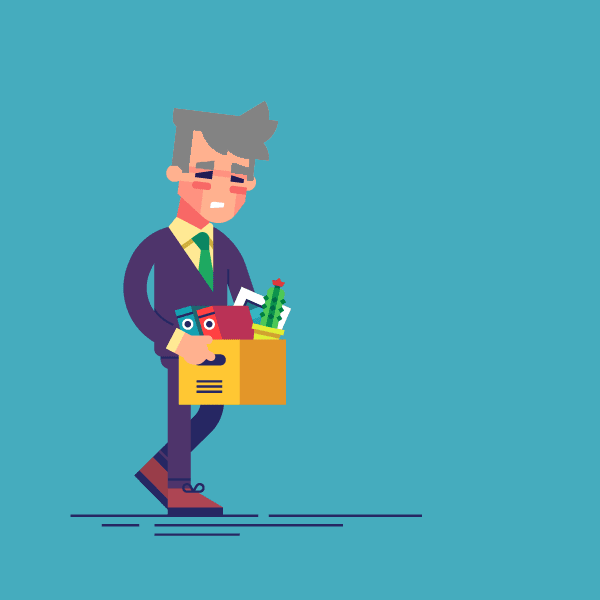