Guam: Andersen Air Force Base: What You Need to Know Skip to content

Many soldiers and sailors know the Territory of Guam as the faraway place where their plane or ship stopped on the way to another destination. But

the tiny island is the “tip of the spear” of United States force projection into the Pacific region, and is expected to play an increasingly significant role as the Pentagon reviews the positioning of U.S. armed forces around the world.

The island is ideally located with relation to potential trouble spots in East Asia, situated about 3,800 miles closer to the Korean peninsula and the Taiwan Strait than Hawaii. Guam is the first response location for activity in Asia, and many troops pass through on their way to the Middle East.

Guam’s history with the United States goes back to 1898, when it was ceded to the U.S. by Spain after the Spanish-American War. It was captured by the Japanese in 1941 and retaken by U.S. forces three years later, at the cost of almost 1,800 American lives. The U.S. has maintained a substantial military presence ever since. Guam became a U.S. territory, Guamanians became U.S. citizens in 1950, and the responsibility of government was transferred from military to civilian governors.

In many respects, Guam is a slice of America in the Pacific. The Guam Chamber of Commerce touts the “English-speaking, fast-food, shopping-mall culture familiar to U.S. military personnel.” Indeed, many name-brand stores and restaurants are found on the island. Guam’s main industry is tourism, with more than a million tourists visiting each year (mostly from Japan).

But away from the tourist areas, the slow pace of services can prove frustrating and baffling. Roads are littered with potholes, and trash mars the natural beauty. After one of the island’s frequent storms, utilities can take days or even weeks to re-establish off base. Services happen much faster on base; off base, however, nothing can be taken for granted.

Despite the lack of resources, Guam is a tropical playground to be enjoyed year-round. Its coral-ringed beaches with warm, crystal clear waters are ideal for snorkeling, diving or just relaxing on the clean white sand. Many of the island’s best beaches are on the military bases and restricted for the use of military personnel.

Guam boasts some of the most spectacular deep-sea diving locations in the world – exceptionally clear waters, unspoiled coral reefs, hundreds of varieties of coral and fish, and several World War II airplane and ship wrecks. Diving lessons, equipment and trips are offered by commercial dive operators and the Navy’s Pacific Divers Club.

Perhaps best of all, the people of Guam are hospitable to the military – and grateful. Many natives remember the Japanese occupation and assisted U.S. troops as they reclaimed the island. Local “fiestas” occur year-round to celebrate the liberation and other events. Military families are welcome to attend and enjoy a taste of island cuisine and culture. Be ready to return the local greeting, “hafa adai,” which means “good day” in the native Chamorro language.

The Navy also plays a significant role on Guam, housing the base of Commander, U.S. Forces Marianas (COMNAVMAR, known in Guam as “Big Navy”), which provides sea power, ordnance and logistical support for the 5th and 7th Fleets and other fleet and operational units. The U.S. Coast Guard also maintains ships on Guam.

In recent years, the U.S. military has increased assets on Guam. In 2000, Guam became the first installation outside the continental U.S. to store long-range air-launched cruise missiles. Two fast attack submarines were moved to the island in 2002, a third is expected shortly, and officials say more could be on the way. The Navy is considering basing an aircraft carrier on the island, while the Air Force may locate fighter planes and midair refueling aircraft there. For more than a year, the Air Force also has been carrying out rotational deployments of bombers.

An expanded military presence on Guam, especially any decision to homeport an aircraft carrier, would provide a welcome boost to the local economy. Tourism slowed in the late 1990s due to a slumping Asian economy, and the global security climate has hampered attempts at recovery.

Flexibility is the key to making the most of a tour on Guam. The inconveniences of island living can provide a source of frustration or an opportunity for adventure. For example, extended power outages after storms are frequent and, as one military spouse said, “It’s tough to live without power in 90-degree weather.” On the other hand, another family found that living without electricity after a typhoon was a chance to make a habit of playing games and taking walks after dinner instead of watching TV.

Like many military duty stations, Guam has advantages and drawbacks. For those with little patience for the relaxed island pace and limited resources, the Guam experience may leave a sour taste. But for those with an appetite for tropical adventure, Guam may prove absolutely delicious.

Guam at a Glance

For the nearly 12,000 U.S. military-related personnel stationed there, Guam is a place away from it all – literally! Located 13 degrees north of the equator, Guam’s nearest neighbors are other small islands in the Pacific Ocean. The Philippines and Japan are a few hours west by plane, while Bali, Australia and New Zealand are about five hours to the south. Hawaii is a seven-hour flight to the east.

Housing: On and off base housing is available. The on-base housing office will assist with negotiating a lease off base. Houses typically are made of typhoon-resistant concrete, so they look different from mainland American homes and generally are smaller. Because of the heat and humidity, air conditioning is a must.

Cost of Living: Expect a limited selection of almost everything, and prices are higher than on the U.S. mainland. The U.S. Mail delivers to Guam for the same cost as regular domestic postage but often it is slow, so online shopping is popular. A car is a necessity but “boonie cars” (often leftovers from other military personnel) may be bought and used for the duration of one’s tour, then resold. A cost-of-living allowance helps active duty personnel defray the higher costs.

Schools: The DoD schools on Guam are well regarded. But military families familiar with the island warn that the public schools should be avoided: They say teachers lack resources, vandalism is common and bullying is an accepted childhood behavior – often not discouraged or disciplined. Home schooling is a popular option, and support groups meet regularly.

Adult Education: The University of Guam and Guam Community College maintain limited course offerings, often determined by the professors on the island at the time. Students benefit from small class sizes and hands-on opportunities.

Off Base: Water is everywhere, so learn to scuba, snorkel and sail. Saipan and Tinian, part of the string of Marianas Islands and just 30 minutes away, also are attractive dive locations. 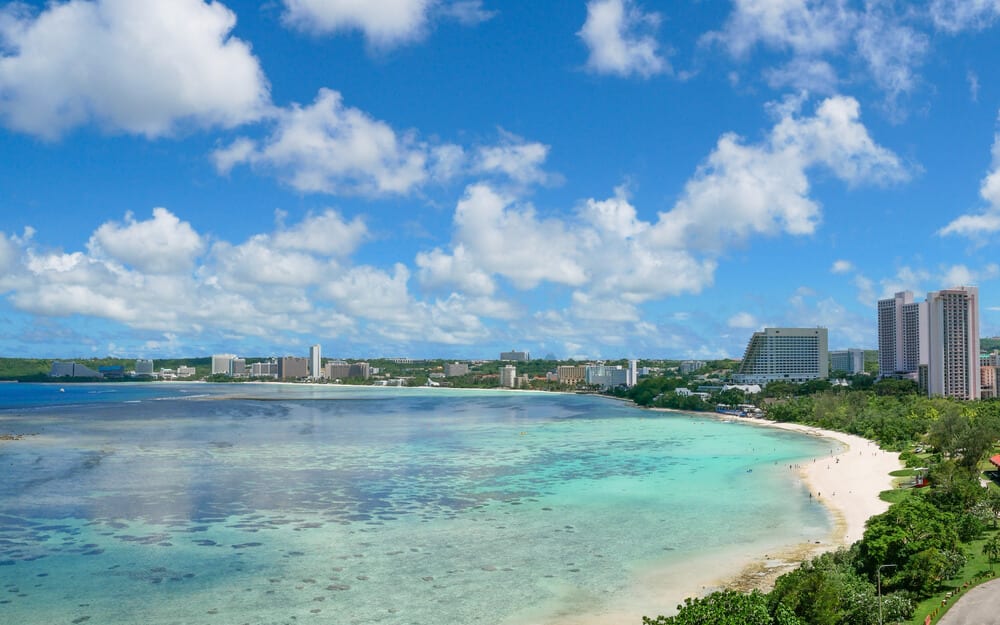