InCharge provides free, nonprofit credit counseling and debt management programs to Michigan residents. If you live in Michigan and need help paying off your credit card debt, InCharge can help you.

The state of Michigan can expect a two-tiered recovery as it attempts to bounce back from the impact of the COVID-19 pandemic in 2020.

The recovery will be tougher for those in low-wage jobs like restaurants or the service industry, where workers face difficult financial and re-hiring challenges.

“Workers in those industries are likely to need extra help before a vaccine becomes widely available,” Gabriel Ehrlich, director of the University of Michigan’s Seminar in Quantitative Economics, said in a statement.

A 2021-22 economic outlook on the state was produced by Ehrlich and three other experts from the university. The study was released before COVID-19 vaccines were initially distributed to health care workers and the at-risk population, and before President Donald Trump signed a relief act that extended unemployment benefits and helped small businesses.

While Michigan’s overall numbers show a steady recovery in the second half of 2020, the study and other numbers highlighted the two-tiered nature of the recovery.

The good news: The university’s report predicted a near complete jobs recovery in higher- and middle-income business by the end of 2022. Vaccine approval could speed up that timetable.

Many economists attribute the bulk of Michigan’s economic struggles in 2020 to the pandemic. Gov. Gretchen Whitmer was aggressive with shutdowns, which for eight weeks included the state’s famed auto industry. The belief is the state’s economy will bounce back. It just will take longer for the poor and low-wage employees to see the benefits.

The slower recovery in low-wage job may exacerbate the income disparity in the state, and cause larger problems for those facing long-term unemployment.

Debt consolidation is one of the best and easiest ways to take care of weighty obligations. InCharge is a nonprofit credit counseling agency that offers debt relief.

Its debt management program works with creditors to consolidate debt, reduce the interest rate on credit cards and create an affordable monthly payment. InCharge even administers the program and payments for you, taking an agreed on payment each month and distributing it among creditors.

InCharge’s debt management program does not require a credit score. It will provide options for debt relief regardless of credit history.

The state offers assistance with debt relief that can help, some of which are:

Michigan does what it can to protect consumers, and though the statute of limitations on the collection of debts is six years from the date of your last payment, the situation is not that cut and dried.

A creditor or collections agency can continue attempts to collect the debt after six years, just not through the courts. That means creditors can write or call about debts and give information to credit reporting agencies. They cannot harass or seek a judgment in court once the statute of limitations has expired.

Consumers should also be aware of the following when it comes to debt law in Michigan:

The best advice from Michigan attorneys: Don’t accept a debt unless you’re certain it is yours. Don’t ignore communications from the court. Try not to speak to the creditor or collector. Don’t hope the debt goes away.

If the situation gets complicated, it may be worth contacting a nonprofit credit counselor, or an attorney.

Michigan handles its money like the average American. In per capita terms, total debt in Michigan is $3,331 per person, which ranks 23rd in the nation – just short of the median. Just less than one-in-five Michigan residents (18%) have medical debts in collections, with the median value of those collections at $497.

The cost of housing in Michigan tends to keep the amount owed on the houses lower when compared to the rest of the country. Mortgage debt in the state is $24,760 per person, which ranks 41st among the 50 states.

The typical home value in Michigan is $187, 747, and Zillow reports that those values have increased 8.2% in 2020. Zillow forecasts prices will increase another 10% by the end of 2021, as demand outpaces supply.

Like most of the country, Michigan home prices are rising while homes sell quickly. The Michigan Association of Realtors said that in June of 2020, the average price of a home sold in the state was $192,104.

Again, Michigan is doing well with auto loan debt.  The state had the lowest auto loan balances of all 50 states midway through 2019. Buyers carried an average of $14,698 in loan debt for their cars, which was 31% lower than the national average. Michigan, Rode Island, Massachusetts, Connecticut and New Jersey were the five states with the lowest auto debt.

Michigan remains a key component in the nation’s auto industry, so an eight-week shutdown in the spring of 2020 took a heavy toll. Economists estimate the plant closures in the second quarter, which were prompted by health concerns expressed by the United Auto Workers, cost billions in revenues.

However, significant safety protocols allowed automakers to re-start production in May. By the fall, the industry was close to pre-pandemic production levels, with some plants working overtime.

Even with new restrictions imposed by Whitmer in December, the industry was upbeat. Strong enforcement of the wearing of masks, daily screenings and physical distancing helped the Big Three – Ford, General Motors and Fiat Chrysler – maintain production.

“Our plants are running at approximately 97% of planned production since we returned to work in May,” Ford spokesperson Kelli Felker said in a statement. A GM spokesperson said the protocols allowed the company to work hundreds of millions of hours with relatively few COVID-19 cases.

Eight weeks of inactivity does take a toll, though, as did staffing shortages and a drop in consumer demand. Pre-pandemic forecasts had 17 million vehicles being sold in 2020; the state’s House Fiscal Agency predicted sales of 12.8 million vehicles after the pandemic. Experts predicted at a state hearing in December that it may take two years for manufacturers to return to pre-pandemic sales and production. The House Fiscal Agency predicts sales of 15.8 vehicles in 2021 and 16.6 million in 2022.

In July, the governor and legislature combined to help protect financial aid for low-income Michigan students. The effort extended access to the state’s Tuition Incentive Program (TIP), which provides free tuition at community college and $500 per semester toward a B.A. for qualifying students.

TIP is available to all Michigan children who received Medicaid for two years between the age of 9 and the end of high school. Typically, 20,000 graduating students qualify for the help. The state extended the Aug. 31 filing deadline for graduating seniors in 2020 by one year.

TIP provides about $60 million per year in tuition support to 24,000 needy students – often young men and women of color or first-generation collegians. In 2020, only half of the eligible students completed the TIP application prior to the extension of the deadline.

Catherine Brown, Senior Advisor for Michigan with The Institute for College Access and Success, praised the decision in a statement and asked that the deadline be extended permanently “to ensure that all future TIP-eligible students have more time to understand the aid available to them before they lose it.”

In addition to the deadline extension, the state also:

With an average FICO credit score of 715, Michigan’s credit worthiness ranked better than the national average of 711.

FICO is a rating of an individual’s ability to borrow and is created by the Fair Isaac Corporation. Experian, another large credit rating agency, collected the average score data in October of 2020. 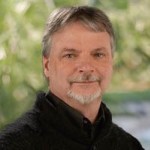 Pat McManamon has been a journalist for more than 25 years. His experience has mainly been in sports, but the world of athletics requires knowledge of business and economics. He also can balance a checkbook and keep track of investments with Quicken quite adeptly. McManamon’s experience includes covering the NFL for ESPN, LeBron James for the Akron Beacon Journal and AOL Fanhouse, and the Florida Gators and Miami Hurricanes for the Palm Beach Post.